This week I sat down to work through Grace Goals and went through Workshop One on brainstorming desires.

I even identified the ONE “gateway desire” I know God wants me to focus on. You know, the one thing that, when accomplished, will open the doors to the rest of the Promised Land, like Jericho did for the Israelites?

I thought through some strategies and a suitable plan for this one goal and then the Lord gently stopped me.

He convicted me that for some time, I’ve been throwing token actions at this thing but have lacked the wholehearted devotion God requires. 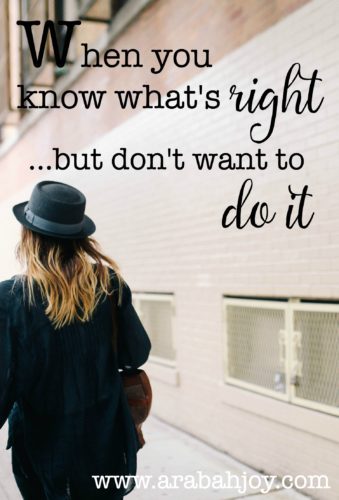 The issue I need to face, in fact, is a serious stronghold in my life. It roots back to childhood and is engrained so deeply in me that I can’t even imagine “normal.” Does that make sense?

And this week I was left facing the fact that even though I KNOW what is right and what I should be doing, I, in fact, don’t want to do what’s right.

Have you ever been there? Where you know God wants to deal with something in your life but you just keep balking? Avoiding? Distracting?

Yes, well that’s what I had to get honest about this week.

Yes, I know they are and I know I can’t fix myself. What’s worse (forgive me, Lord), I don’t really care. I’ve accepted this sin issue, like a crippled learns to live with a limp.

Let’s just say it like it is: What a disgusting, pathetic place I’m in. What a sick state of affairs.

Thing is, I know the gospel. I know truth. But when it comes to this area of my life, that truth is not alive and active in me. It’s all empty. It’s not penetrating my dead, care-less heart.

Well this week the running stopped. I can’t throw fake, Christian looking words and deeds at it and pretend (to myself and others) I’m making progress anymore.

I sat before the Lord for some time just being honest. Confessing the filthy, dirty, unholy heart that included my sore lack of godly desires.

I’ve confessed the sin itself to Him many times… but I’ve never confessed my lack of godly desire, the fact that I like my sin, the fact I don’t actually want to do what’s right.

It’s clear now that I’ve not gone deep enough or been honest enough with my confession. I was somehow holding to a sense of self-righteousness by confessing the sin but my failure to find satisfaction in doing God’s will.

I hope that makes sense to somebody out there because I feel like I’m danged near confusing myself.

Anyway, I sat there in all my nasty mess and truly had no idea where to start. The scriptures on the page all seemed meaningless.

And then the Lord brought this to my heart, from Grace Goals: “Strengthen yourself with grace (II Timothy 2:1). Eat grace. Fan the flame of godly desire by feasting on grace.”

So I went back to my ground zero scripture, the one I turn to when I am floundering and don’t know where to start, Hebrews 11:6. “Lord, I’m coming to You completely and utterly dependent upon You for my next step. I come to You on the basis of this verse, that You are a Rewarder to those who seek You.”

And you know what happened? He brought another scripture to my mind, a grace feast for me. Romans 4:5 “To the one who does not work but believes in Him who justifies the ungodly, his faith is credited as righteousness.”

What an escape route that was! God justifies the ungodly… um, check. Clearly I am that.

The means of being made right before God is not conjuring up a bunch of works and godly desires. It is by simply, purely trusting Him.

God in Christ has redeemed my wicked heart that wants to remain in sin and He credits righteousness to me on the basis of my faith in Him and His character. What I don’t have in goodness I can make up with through simple dependence on God.

That was the breaking point for me. The gospel became fresh, alive, and active to me once again.

I prayed for godly, holy, righteous desires but I committed in the meantime to believe that God justifies the ungodly- me. He justifies my ungodly.

He doesn’t ask me to work up some holiness. He asks me to simply trust Him as the One who extends justification through faith.

Oh what a God!

This is the gospel I want pulsing through my veins, flowing from my lips, incarnated in my home.

And you know what? As I clung to the God who justifies the ungodly and trusted Him for my righteousness, godly desire sparked to life.

I was strengthened at the table of grace.

Get to the gospel, my friend. If you lack godly desire to do what is right, eat at the table of grace. Feast on the provisions of Christ and fan the flame of desire at the fire of His capable sacrifice. Join me and let grace be what fuels and motivates us this year.

P.S. The Lord also provided some specific scriptures to pray in regards to my stronghold. I’ll be sharing those next week.

Photo courtesy of Death to the Stock Photo 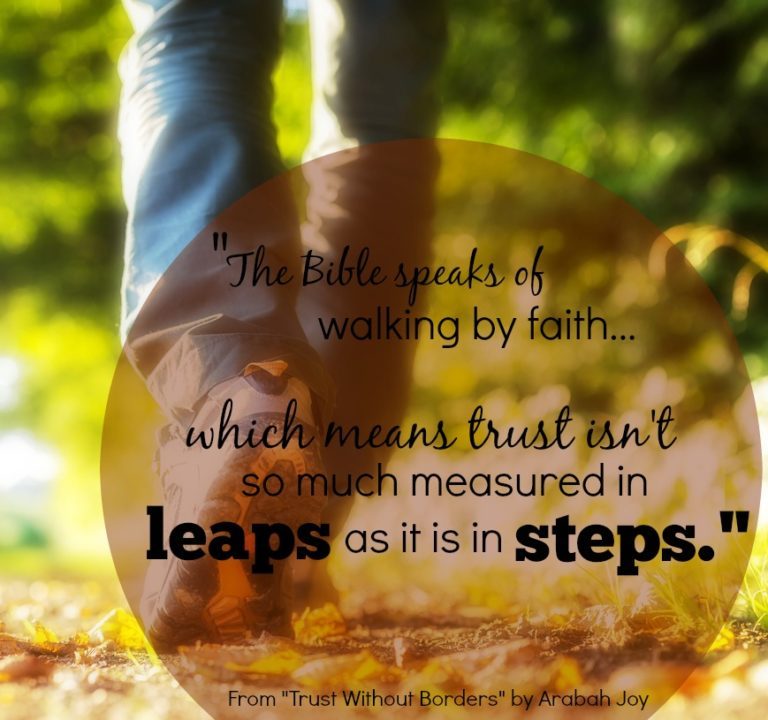 So we sometimes get this idea that following Christ is a big exciting adventure. We expect it to look a certain way and… 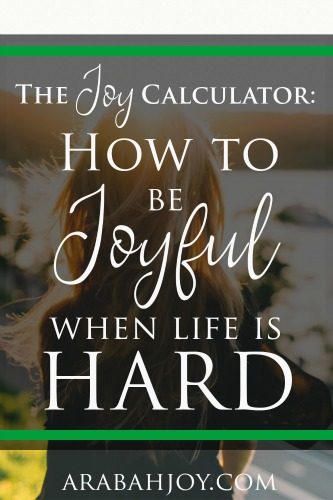 The grocery list grows long and the pantry gets scant and Jackson and I sit down to crunch numbers. “We’re going to be okay,” he…

When You Feel God Doesn’t Love You It is not uncommon for many women to believe that God cares deeply for other people, yet have…

Looking for some great reads? You’ve come to the right place! But first a little blog trivia for you :) I don’t often look at… 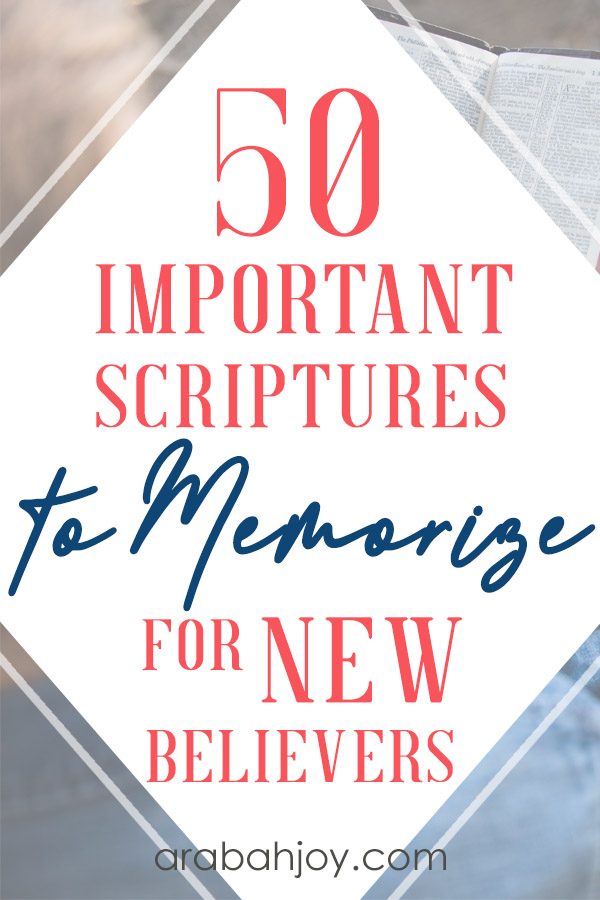 ** If you are looking for a place to start, below is a list of 50 top scripture passages to memorize. These scriptures… 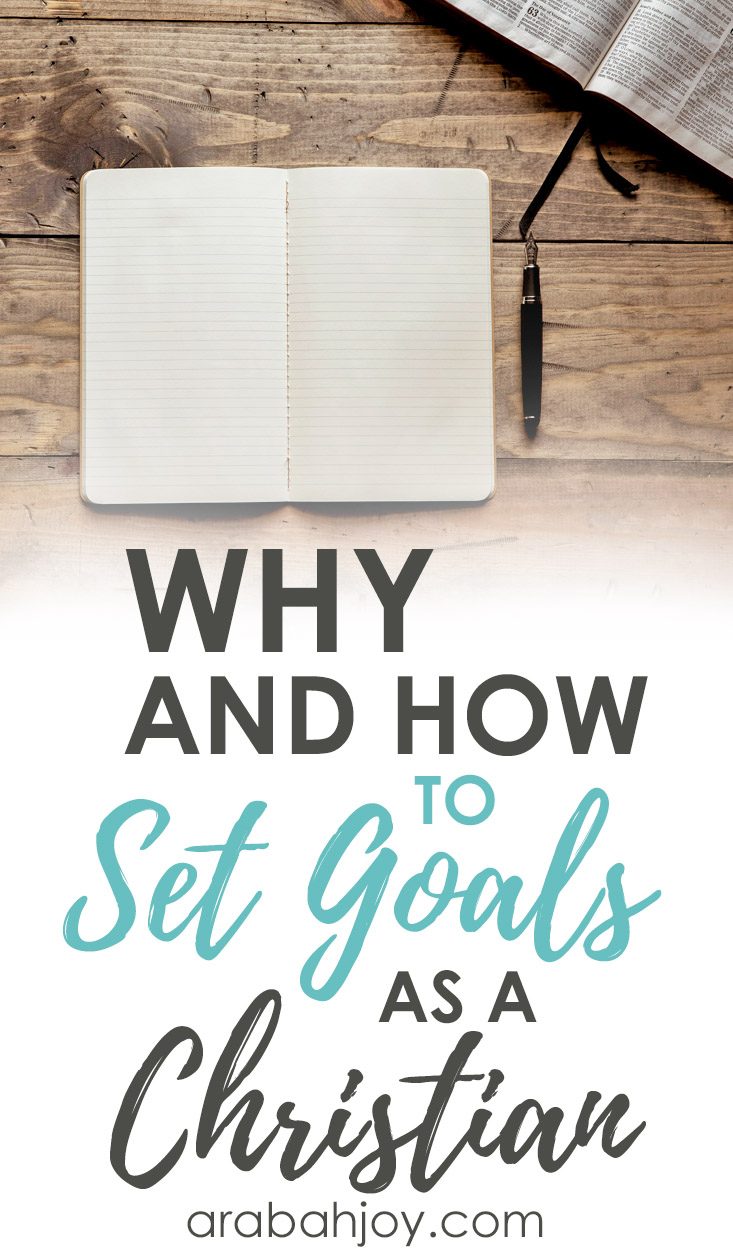 Most of us can understand the tension between wanting to do right yet falling so short. Whether it be over-eating, yelling at our kids, too…