On a Wednesday in September, a lone man entered a rented room and knelt to pray.

​​It was a hard time in America.

​​People were disillusioned with the church.

​​They could taste civil war on the horizon.

​​The country was divided and on the brink of financial collapse.

What they didn’t know, was that the bottom was getting ready to drop out…and God was preparing the nation for revival, largely through this single man.

The man, Jeremiah Lanphier​​, had posted a flyer inviting others to join him in prayer but that first Wednesday, he prayed alone. It seemed his invitation had fallen on deaf ears. 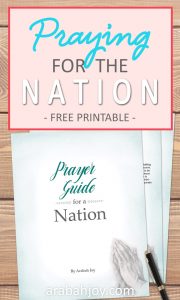 Then, about 30 minutes into his lunch hour, a man entered the room. Silently, he too knelt beside Lanphier to pray.

Then another came. And another.

By the end of the hour, 10 men had spent part of their lunch hour in prayer.

The next week, more men showed up to pray and within a month, Mr. Lanphier had to rent a larger facility to accommodate the prayer group.

​​​​​​But God’s people were ready. The way to victory had been paved through prayer.

Churches became prayer centers as thousands flocked to them for lunch and evening prayer services in cities such as New York, Chicago, St. Louis, Cleveland, and others.

What happened as a result is known as America’s Third Great Awakening, a time when millions of people came to Christ. It went on to sweep across the globe.

All because one man took the initiative to kneel with others in prayer.

Friend, we are in crisis. Our nation is divided, morally bankrupt, on the brink of disaster. We all know the bad news.

The good news is that God’s people have the answer. II Chronicles 7:14 says, “If my people, who are called by my name, will humble themselves and pray and seek my face and turn from their wicked ways, then I will hear from heaven, and I will forgive their sin and will heal their land.”

The same God who was willing to hear, forgive, and heal back then… and again in 1857 when Jeremiah called on Him…  is the same God available to us today. If WE, as His people, will 1. Humble ourselves 2. Pray 3. Seek His face and 4. Turn from OUR sin.

It’s time to stop pointing fingers. It’s time to stop hiding behind our excuses and screens. It’s time to own both our shortcomings AND our anointing and do what only God’s people can do. Tomorrow is our annual National Day of Prayer here in America. What better time is there to follow the roadmap God’s word gives us and call on Him?

Our world needs revival. And history shows that YOU can be the catalyst for it.

Church, may the history books for generations to come say that in the midst of global crisis, the 21st century church rose to its challenge. That we completed our mission. That we took up our position.

This is our time to shine. To be salt and light. To advance the Kingdom and righteousness of God. To fall to our knees and call down fire from heaven. 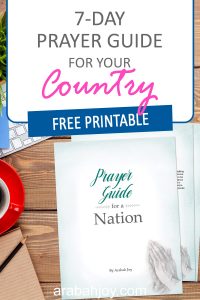 Yes, this is a difficult time for us all. But just as the flame of trial seasoned the church in times past to its glory, it is now our opportunity… our responsibility… our sacred duty as the people of God… to fulfill what we were called, saved, and equipped to do.

You and I are up to bat.

So church, may this be OUR finest hour.

FREE Prayer Guide for Our Nation

Ready to take action? Set aside a time each day for the next 7 days to pray for our country and

May God hear from heaven and send revival to our land.

Additional Resources for Praying for Your Nation:

10 War Room Prayers for Your Nation