My friend Carmen is a true inspiration to me. Today she’s here sharing an amazing story of how joy comes in the morning in our morning scripture series. I know you’ll be blessed by it!

There is an old gospel song that has a chorus:

The song is about a woman going into a closet to pray about her son who was just in a car accident. She petitioned the Lord about her son, then she began to praise the Lord. The praise was so fervent that it overflowed onto all the children outside of her prayer closet. They all joined in the praise. In the midst of that praise, the prayer was answered, the doctor arrived unexpectedly to their door. That is when the lyrics comes,

Before going any further, look at the order of what happened before the joy came.

Your question may be, how did praise come before the resolution? Why is it not first joy, then being overflowed with praise? 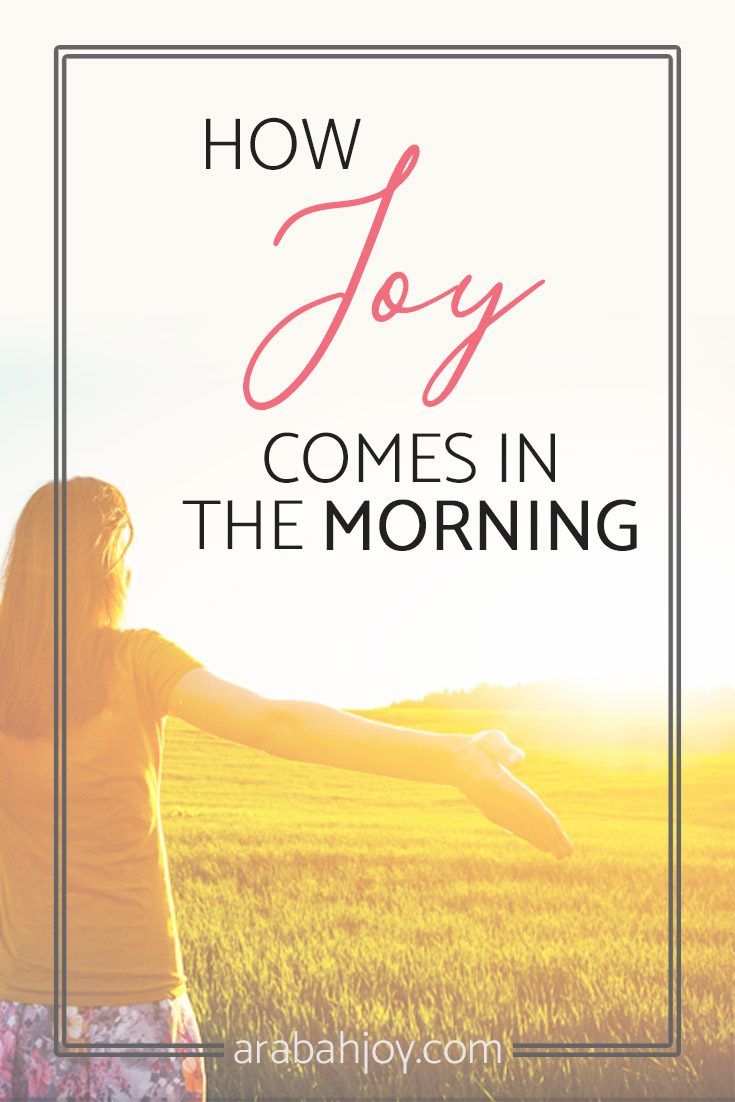 If it was not your question it definitely was mine.

Either way, let’s look at the Bible to find the truth to this question.

In Joshua 6, by command of the Lord through prayer, Joshua had seven priests bearing seven trumpets of rams to march around the Jericho wall for six days. On the seventh day of marching around the city wall, on the seventh time Joshua told the people, “Shout for the Lord has given you the city.” It was on the seventh march when the people heard the priest blow the trumpet that they shouted with a “great shout” (Joshua 6:20 Root word of shout: Teruwah – shout of joy to raise a war-cry) then the wall fell down flat.

The victory of this battle gave joy and hope to the Israelites.

They praised at the command of the Lord before the joy of victory was yet accomplished.

Are you seeing it yet?

One of my favorite passages in the bible is in 2 Chronicles 20. Jehoshaphat had fear as he heard the news of an army coming against him and Judah. He went on a fast and petitioned in prayer to the Lord. From the petition, a prophet came and gave a word of encouragement that they will not need to fight the battle. The battle was the Lord’s. Through the faith of the words that the Lord had sent down to the prophet, Jehoshaphat told the people to take heed to the words of the Lord. Then he appointed those who would sing praises in the march to the battle before the army.

Vs 22. Now against the people of Ammon, Moab, and Mount Seir, who had come against Judah; and they were defeated.

The petition had been sent to the Lord.

The battle was won with praise.

Then came the joy…

Vs. 27  Then they returned, every man of Judah and Jerusalem, with Jehoshaphat in front of them, to go back to Jerusalem with joy, for the Lord had made them rejoice over their enemies.

How Joy comes in the Morning through Prayer

The entirety of Psalm 30 is David bringing into remembrance what the Lord had already done for him, to get him out of several situations that seemed hopeless and sorrowful. We too must open our spiritual eyes and see so that we can do as David did, praise the Lord!.

He praised through every tribulation that is mentioned in the twelve verse sonnet he wrote.

When I go to the root word of “sing praise” in verse 4, it says “to put the fingers onto the musical instrument to make music, to celebrate in song.”

What does each one of those have in common?

David had to deliberately take action in what he was doing before he got to verse 5; “Weeping may come for the night but joy comes in the morning.”

Are you walking into your prayer time with action?

Are you walking into your prayer room with a petition to the Lord, with faith?

Is your battle plan to stay in weeping or is the result to be in joy?

We have a misconception of praise. Praise is an act of obedience unto the Lord just as 2 Chronicles 20 and the Joshua 6 explains to us.

The obedience to the commands from the Lord is to waken up the spirit.

But now let’s get personal. Are you in action of prayer when it comes to petitioning for the change in finances, in your home situation, for the health of a loved one, to the marriage that is barely holding on, or even to your own faith that is holding on by a thread?

Weeping is just for the night.

God does not tell us to come to him without weeping, the psalmist that had a divine encounter with the Lord, bluntly says, weeping endures for the night, but in the morning, after you rise up, to wake up (to spiritually open your eyes) the joy is there. Joy comes in the morning.

That is the part we must not miss.

“Weeping may endure for the night. Joy comes in the morning” was the first verse I ever spoke out loud to the Lord. I remember crying on the floor of my daughters bedroom saying this verse over and over. I wanted to hold it so tight and believe it. Within minutes, for the first time I heard the Lord speak to me. It was the clearest thing I ever heard.

That night in my daughters bedroom twelve years ago, in the midst of a marriage that was barely holding on and with my own depression doing all it could to keep me in the pit, I said the salvation prayer. I asked the Lord if I could forever be His.

The next morning, nothing on the surface changed. The drama was still there. The marriage was still torn. The house was still a mess but my heart changed. It was the first time in my entire adulthood I had hope.

I will never forget that morning, my husband was walking out the door to work and with a snickered look he asked, “What’s wrong with you?” I replied, what do you mean? He said, “you never look like this? What is wrong with you?”

My weeping (H1065 Bekiy – weeping, dripping, overflowing) had gone to the point of overflow. I held nothing back from the Lord. I gave Him every last drop of lamentation that night. So much so that my husband did not recognize me in the morning.

That, my brothers and sisters is because joy had come.

I overcame the night.

Carmen Brown is the creator of Married by His Grace blog. She is a wife, mother of five, and homeschools her youngest three children. Her daily goal is to find time to write in between it all to give hope to marriages of restoration and to encourage other writers that desire to write for the kingdom. She is the author of  By His Grace We Blog, a resource for Christian Bloggers.

Praying the Promises of the Cross Challenge! 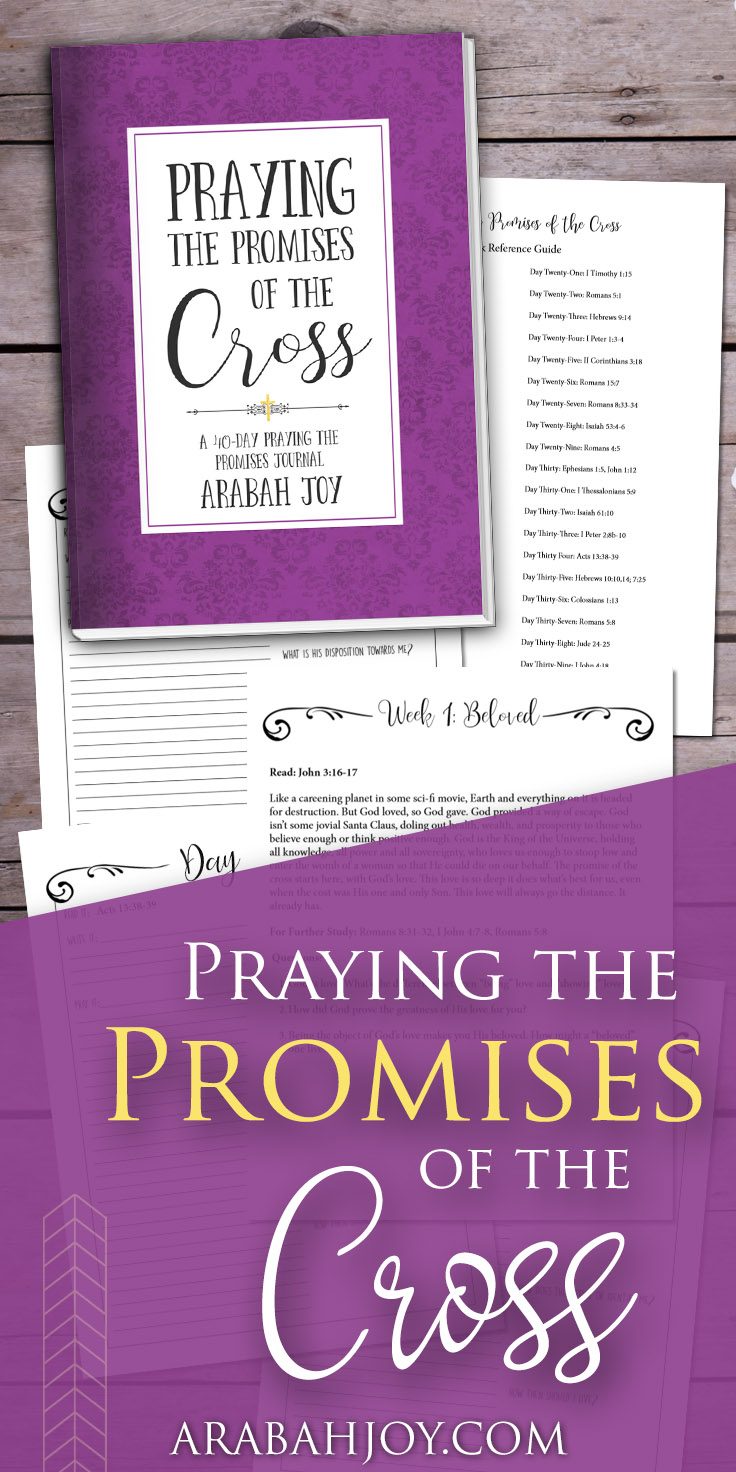 Ready for a spiritual reset? Join us in praying ONE promise from God's word a day for the next 40 days! Join the 40-Day Challenge here:
By joining you agree to our Privacy Policy. 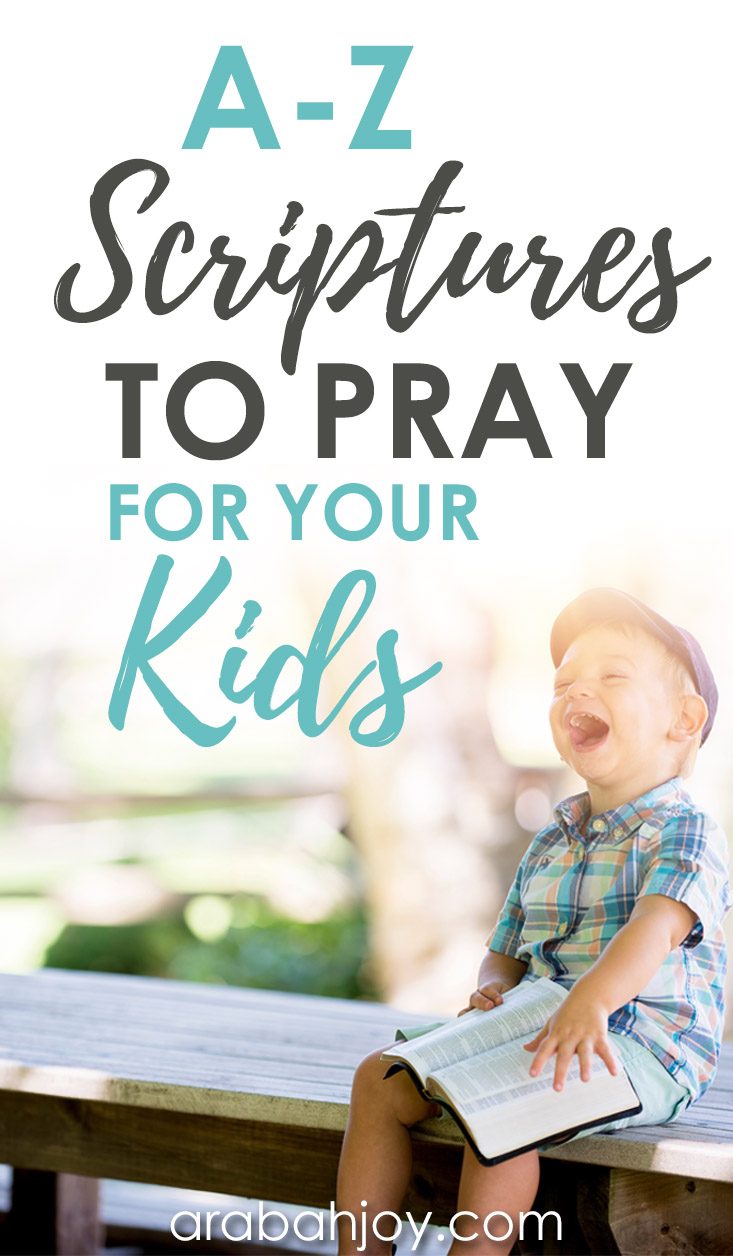 One of the most powerful, rewarding things we can do as parents is to pray for our children.  If you are like me, you want… 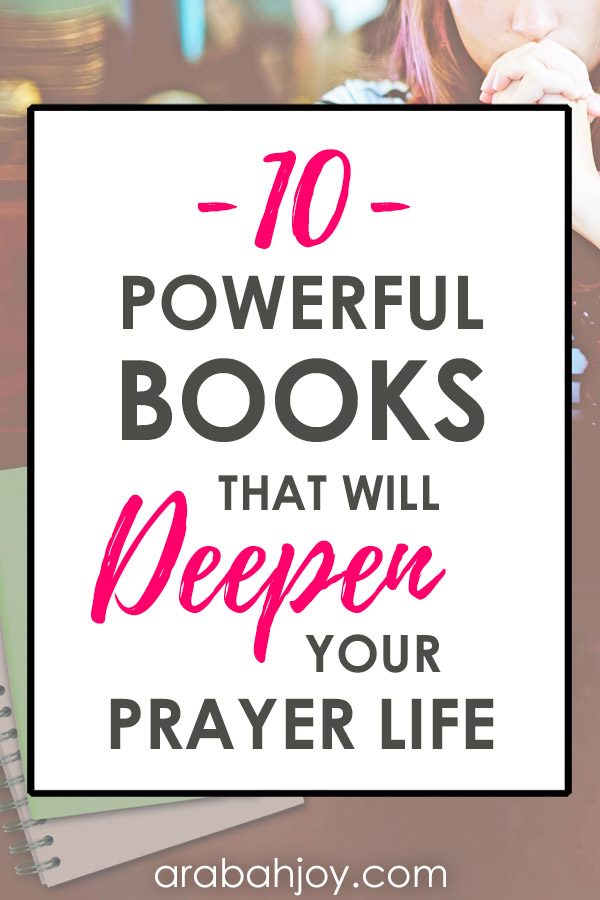 As we mature in the faith, we all long to know God more intimately through His word and prayer. But for many, prayer can be… 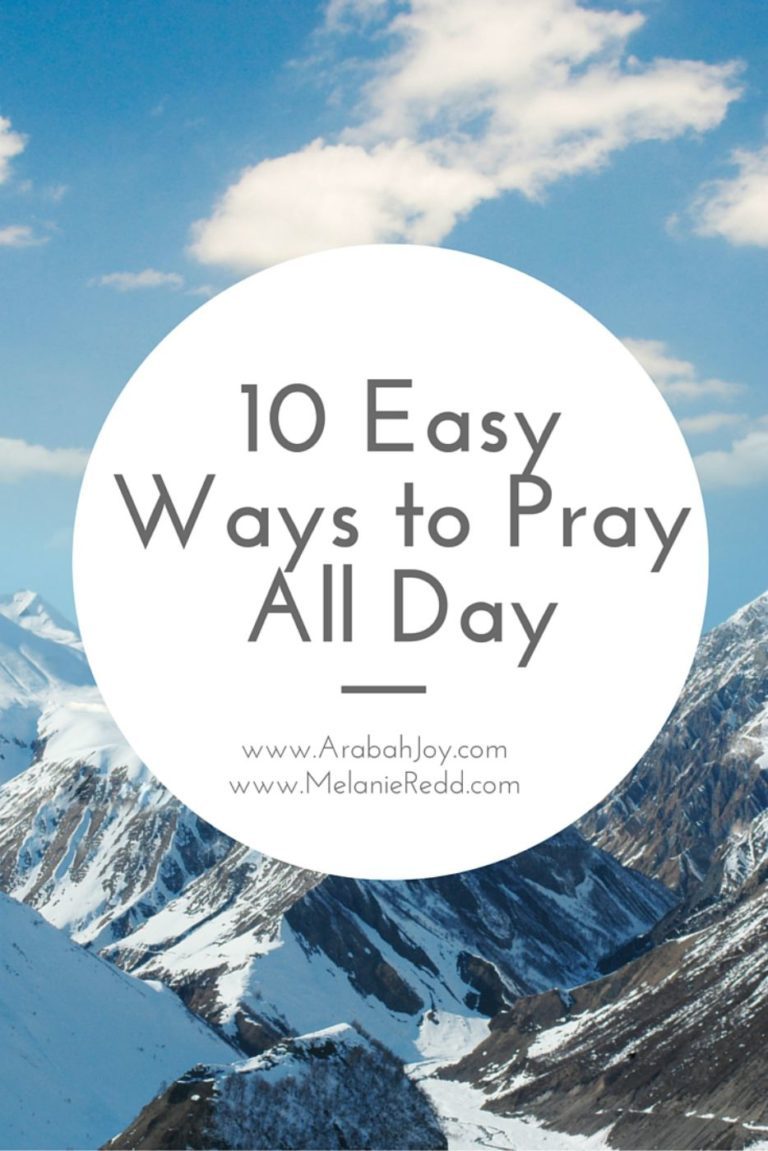 Have you ever wondered if “praying without ceasing” is really possible? Today my friend Melanie shares ten simple but practical ways we can incorporate prayer into our daily routines…. 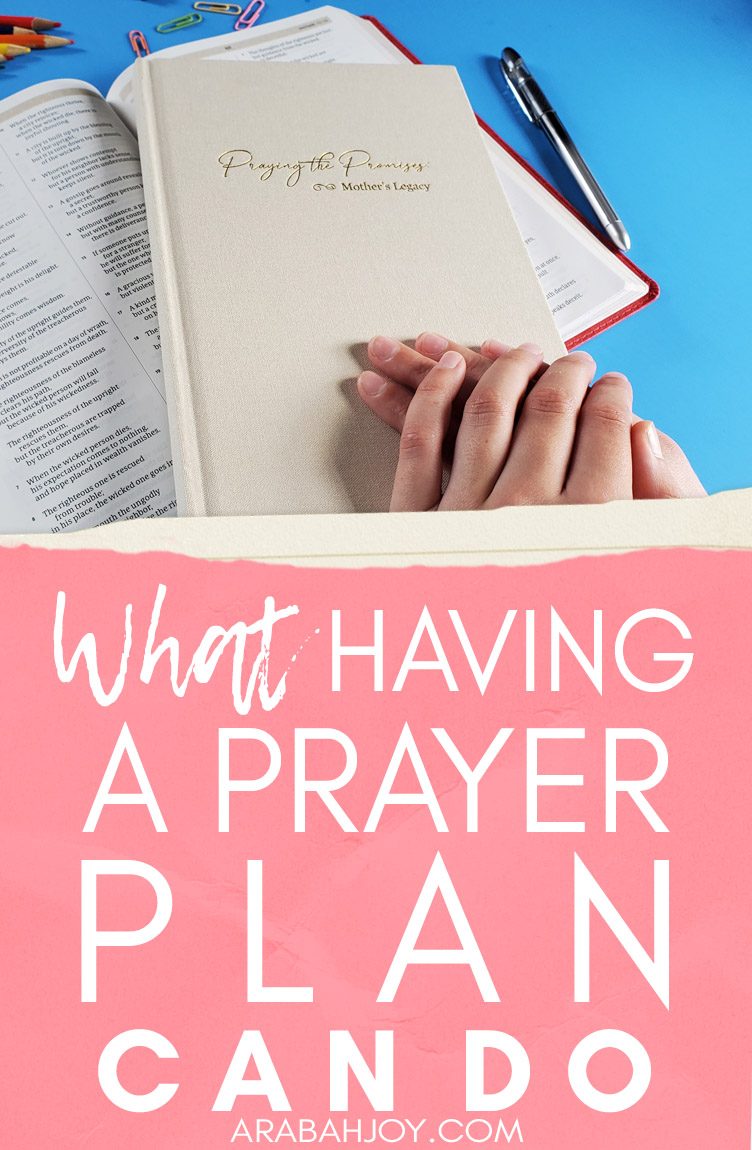 Are you tired of having a wimpy prayer life? What could happen if you learned how to get your godly growl on, stand firm on…

I’m so excited to have my friend Jenna here in our morning scripture series sharing about early morning prayer scriptures. I know she will be… 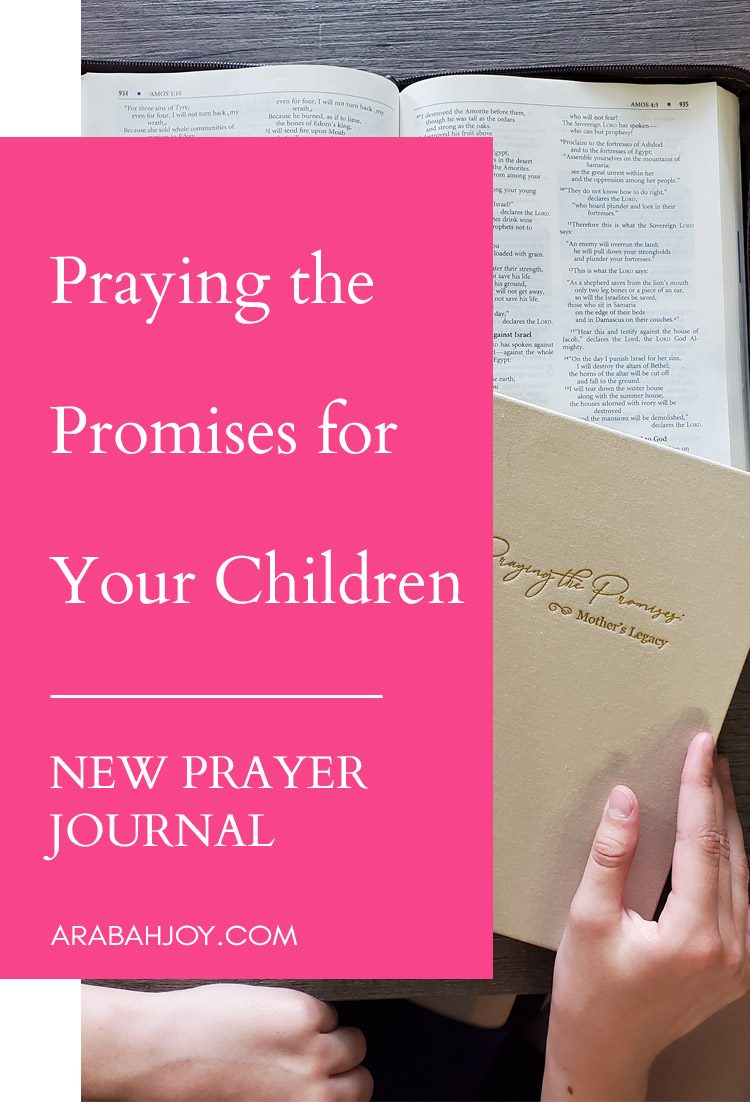 Are you a mom who wants to pray for your children? In this post I share my favorite prayer journal for moms. This journal helps…

Praying the Promises of the Cross Challenge!

Ready for a spiritual reset? Join us in praying ONE promise from God's word a day for the next 40 days! Join the 40-Day Challenge here:
By joining you agree to our Privacy Policy.