Today it’s my pleasure to welcome my friend Erica to the blog. She shares vulnerably about giving up on your Promised Land. I’ve been there. Perhaps you have too. If so, Erica’s post will rekindle hope in your heart!

I think one of the most painful things in life can be the perceived death of a dream.

When we come up to roadblocks that seem insurmountable…
… or when a break-up, death of someone we love, or big problem causes us to want to give up…
…or when the simple, but overwhelming day-to-day responsibilities in our lives crowd out those hopes we had way back when…

So we settle in the land of “Settling”.

But deep down inside, you know the dreams you had haven’t really died
… and you are not really content where you’ve settled.

Like a pilot light in a gas fireplace, your dreams are still there, quietly burning in the recesses of your heart. 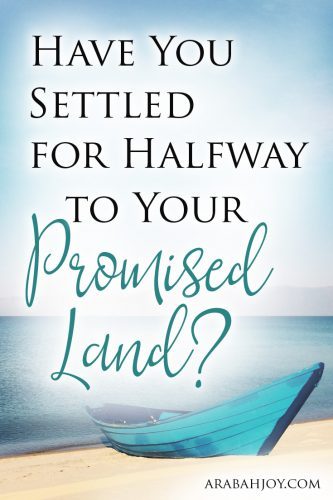 I understand how it feels to live in the land of Settling… I resided there a long time.

And it felt horrible.
I had had so many hopes and dreams growing up.  And even though I was very shy, I still warily believed they could come to pass…someday, somehow.

But then I had some hard experiences and… came to settle.

One of the areas I settled in was in my career.
Needing a job, I took one in a field that turned out to be not really my thing.
But I ended up staying there for years and years, barely enjoying a moment of it!
Crazy, eh?

What kept me there?

Fear of the unknown, of not being good enough, of not knowing clearly what else to do, of not understanding God’s grace for me…
I started thinking that maybe my dreams were too good to be true, and that maybe I was meant to settle.

But I don’t believe this anymore.

But that fulfilled, joyful feeling we long for of doing what we’re made to do while making a positive impact doing it?
That desire for some meaningful relationships as we invest in those around us?
A close relationship with God?

I believe God wants these things for all of us.

If you know many of the stories of the Old Testament in the Bible, you probably know of Abraham, the father of many nations.

God promised him He would lead him to a wonderful land as well as give him a son in his old age who would become the beginning of a great nation there.

…You may not have heard so much about Abraham’s dad, though–his name was Terah.
Terah was actually the first one called by God to bring his son and family to the Promised Land.  So he began to take steps towards it in faith.

But somewhere a long the way–in Harran, to be specific– Terah decided to settle.
(Gen. 11:31, 32)
Maybe the road just seemed too long, and the place he settled seemed “good enough”.
Maybe he got a bit afraid of what might lie ahead, and wasn’t sure God had meant exactly what He said.

Maybe he felt it was impossible, since he really was old.

But whatever happened, Terah decided to settle.

There he stayed… and there he died:  Abraham’s dad literally never got to see the Promised Land.

…But Abraham’s life was different.
This doesn’t mean Abraham was perfect–far from it.

He made lots of mistakes and committed some outright sins.
He had his doubts and times of unbelief, too.
But he didn’t stay there.

Through stops and starts he kept believing and kept walking–both literally and symbolically–even though things seemed downright impossible.

Romans 4:18 NLT tells us:  “Even when there was no reason for hope, Abraham kept hoping–believing that he would become the father of many nations. For God had said to him, “That’s how many descendants you will have!”

What’s your impossible God-given dream?
Maybe you can’t really define it in words, but you know you are meant for something more.

You are never too young or too old to reignite the vision God has given you and take steps to seeing them fulfilled.

Access people to encourage you, teach you, help you in your journey, and mentor you.

Nurture your relationship with God and get to know Him well.

A growing relationship with Him –as you learn by experience about His love and truth– is the most wonderful, fulfilling thing in life.  Ask Him for help learning about and believing in His love for you and the truth that you are made for more.

Ask Him also to reacquaint you with the hopes and dreams He’s put in you and to give you the courage to take some little steps forward, with His help and encouragement.

And as you persevere, one day that little dream flame will get brighter and brighter until it turns into a beautiful raging fire by which others can warm their own cold souls (from staying in the land of “Settling”?) and be inspired to wonderful things, as well.

So, uproot your tent pegs, pray for lots wisdom and help, and head towards your Promised Land, step by little step.

It will be worth it! 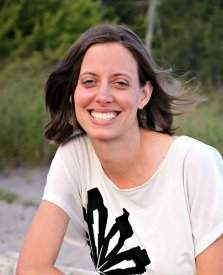 Erica Morrison is a Jesus-follower who lives in Ontario, Canada with her husband and rambunctious two-year old.  She loves the outdoors, learning about other cultures, and thrift-store shopping. She is also a Certified Professional Life Coach who helps women to grow in confidence and live lives of passion and purpose that make a difference! You can connect with her at Passion Fruitful Life. 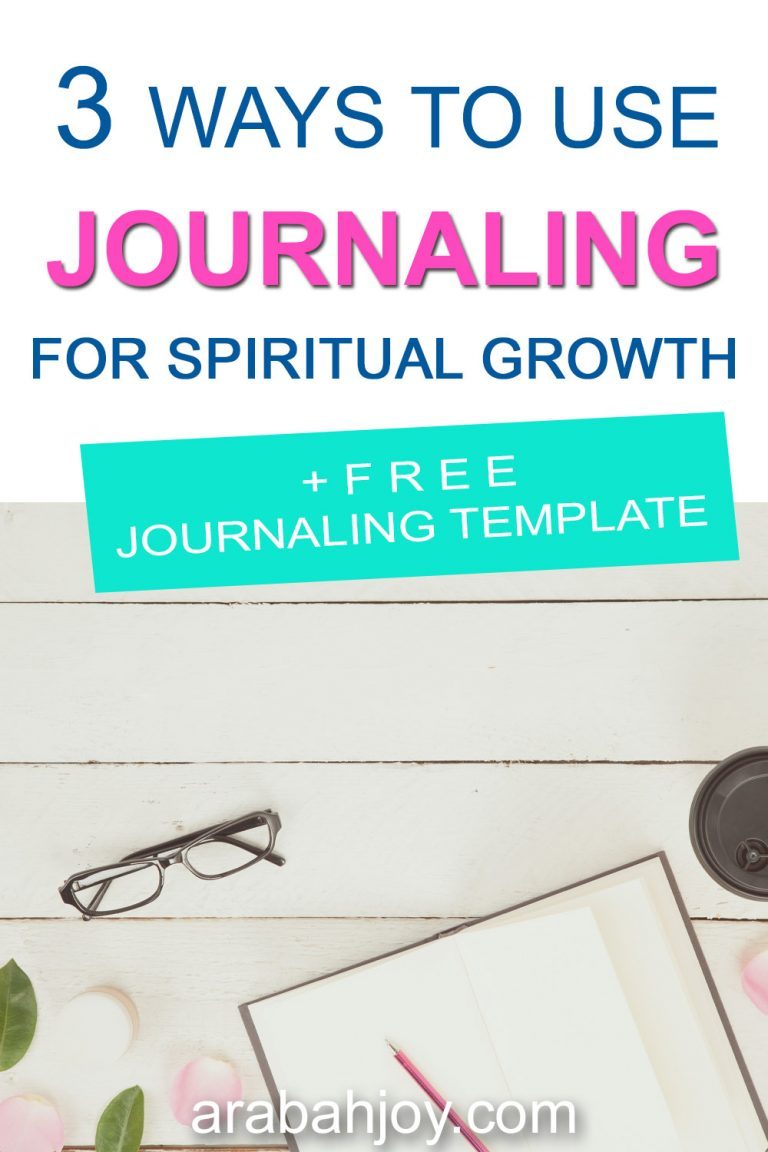 One of my favorite spiritual disciplines is journaling. Journaling has helped me grow in my walk with God tremendously. In this post, I’m going to… 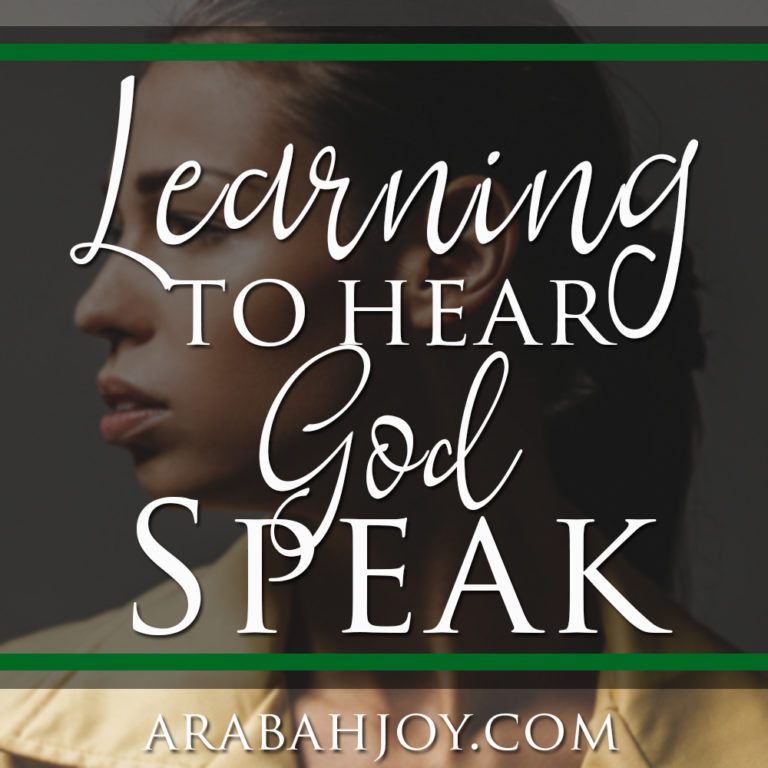 Do you long to hear God speak? The Bible tells us that God does speak to us, and that His children recognize His voice and…

If you are like me, the instruction to abide in Christ can seem vague and hard to get your mind around. But I don’t think… 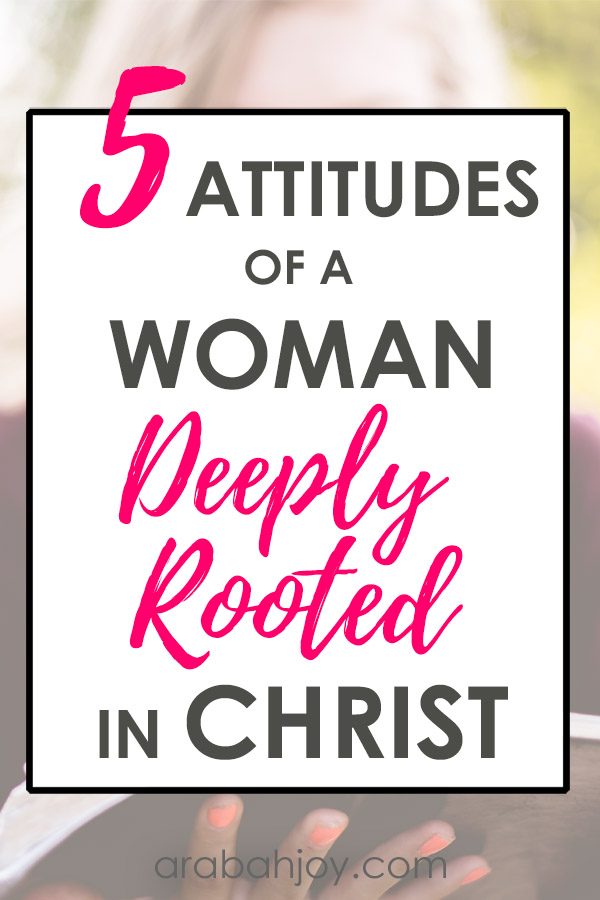 The attitudes of a godly woman come from a deeply rooted faith. Learn how to develop a stronger root system using these 5 disciplines of… 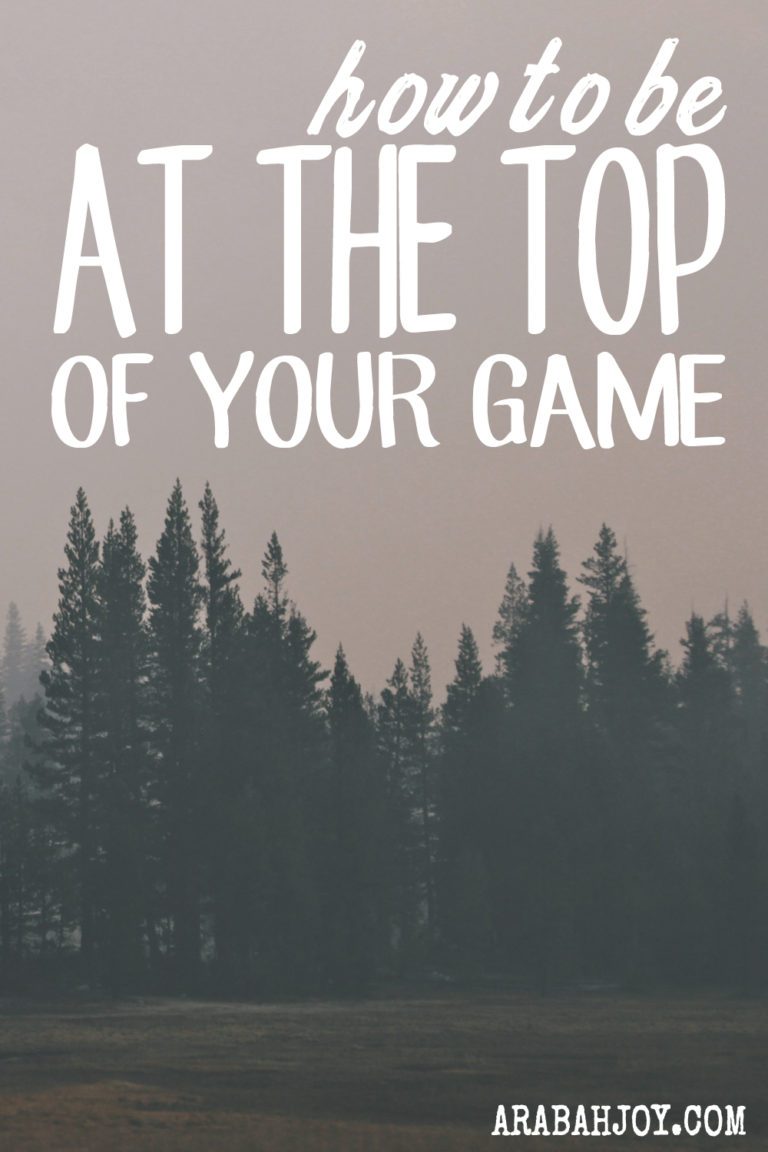 Come Thursday, the boy gets on a plane and flies to the City of the Massacre. It’s the place where thousands of people were raped…

When she comes to me and sweetly asks a question, I know something is up. She smells of sesame oil, of leftover takeout. I know…