A story ran in Reader’s Digest back in the 80’s that somehow trickled down to me at just the right time in my life.

It’s a love story about the wise and crazy measures a man takes for a woman and how we as women can choose to recognize and live up to the measure of value and dignity Someone places on us. 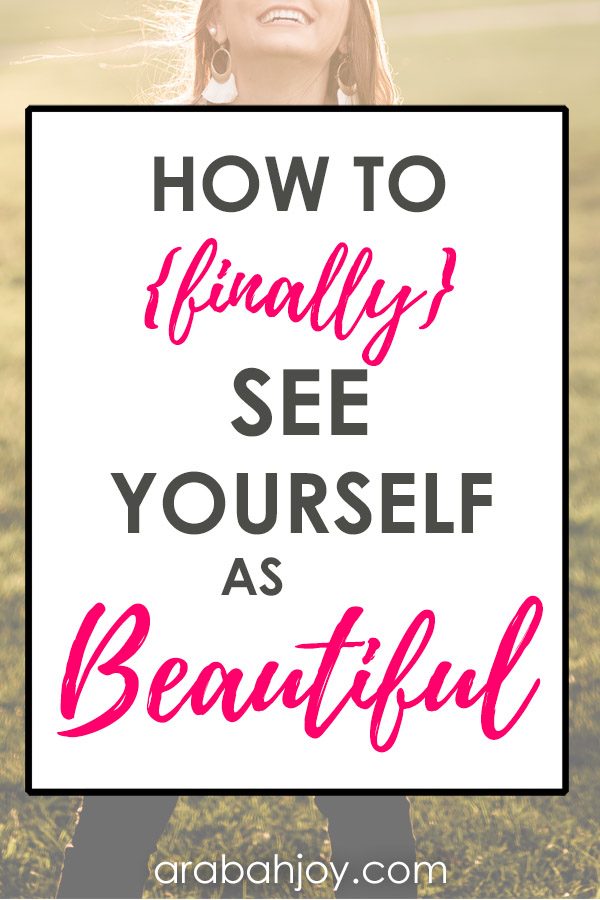 There was once this trader man named Johnny Lingo. Everyone in the villages he bartered in knew no one could spin a deal like Johnny could.

So when he came around to find a wife, everyone expected him to barter a deal to pay less than the going price for his woman. Two or three cows was the fetching price for an average woman, four or five for someone truly spectacular. 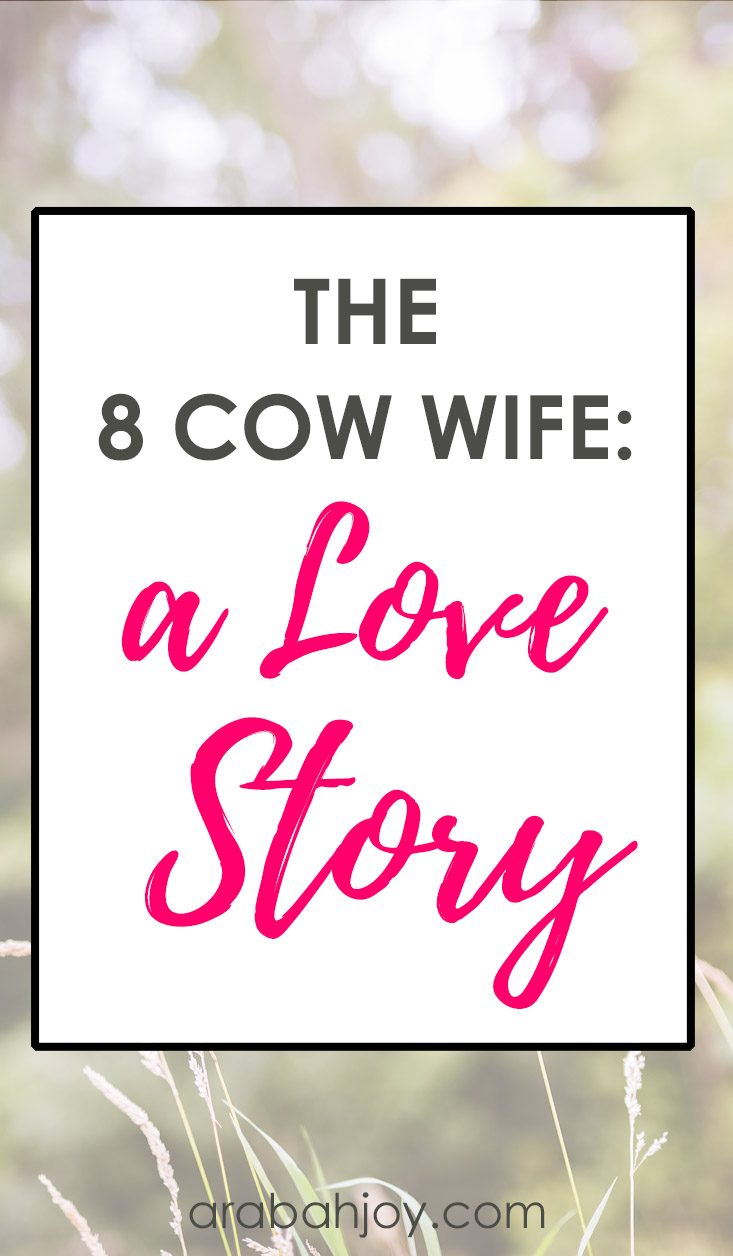 The girl Johnny selected was thin and slumped, lacking womanly appeal. Her name was Sarita and she walked with her head down, afraid of her own shadow, hair all over her head. Rarely would she even speak, she was so timid.

Everyone thought the girl’s dad would do well with a single cow in exchange for her, and congratulated him for doing so well as to marry her off to such a fine man as Johnny Lingo.

But when Johnny entered the tent to meet Sarita’s dad, he walked straight up to him, grasped his hand in a firm shake, and said, “Sam, I’d like to offer you eight cows for Sarita’s hand.”

No one could believe the offer. What was Johnny thinking? Eight cows was unheard of, especially for a girl like Sarita.

But Johnny delivered the cows and he and Sarita sailed away to Johnny’s Island home.

The story spread far and wide and caused such commotion amongst the villages that several months later, a reporter decided to visit Johnny and Sarita to learn how this happened.

Johnny greeted him and graciously opened his home. “You do realize you’re the talk of the villages for quite some time now? No one understands why you paid eight cows for such a girl as Sarita.”

Johnny smiled and seemed glad to hear he was the talk of the town. The reporter was disappointed at his seemingly large ego.

But then a woman entered the room. She filled a bowl with flowers and moved with such grace, the reporter was mesmerized. She was a wondrous creature with silky black hair, a spring in her step, and an undeniable courage in her eyes.

After placing the flowers she was gone, leaving the reporter staring after her.

“You approve of my wife?” Johnny asked.

“You thought Sarita was plain, lacking, a one-cow woman. But as you can see…” Johnny trailed off, then said thoughtfully, “What’s most important is not what others think but what a woman believes about herself. That is what she’ll become.”

The reporter at last understood. “Ah, so you paid 8 cows so Sarita would begin to see her true value.”

How Perfect Love Casts Out Fear

Friends, the Bible tells us God demonstrated- proved- the depth of His love for YOU in what He gave up for you. 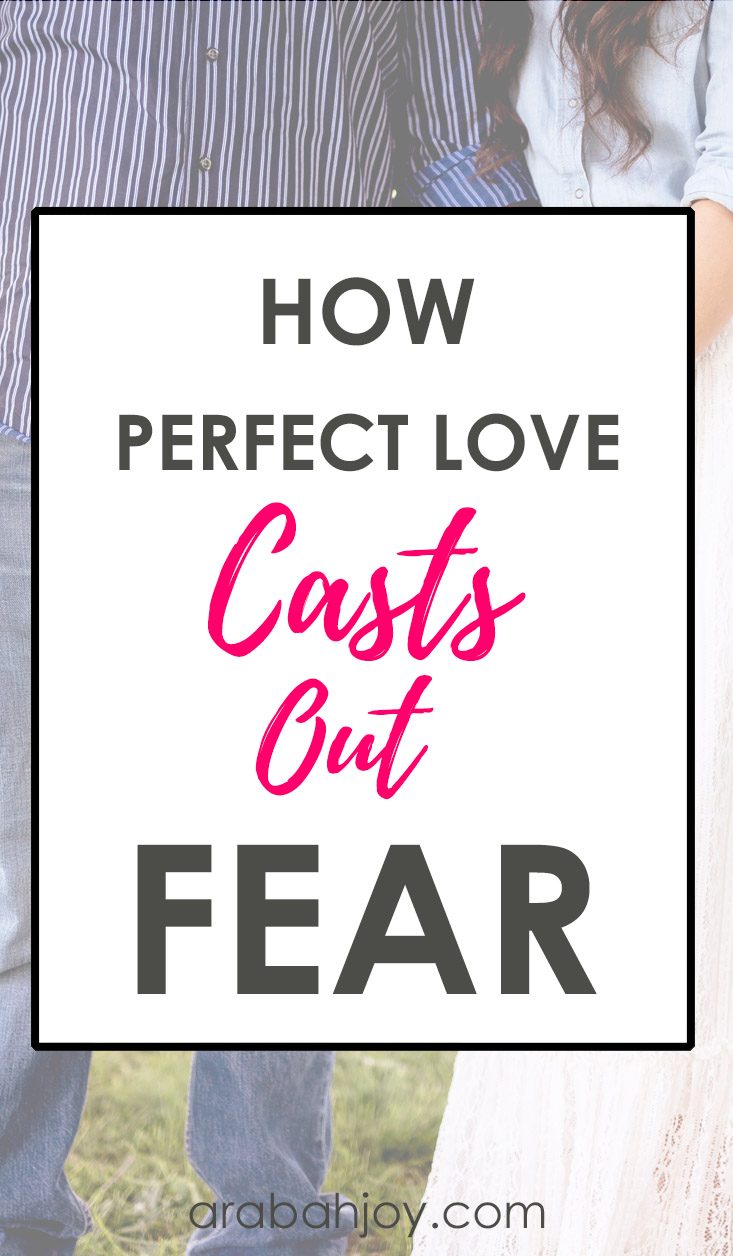 He didn’t give a handful of his cattle on a thousand hills. He didn’t sell off a nation to claim you as His bride. He gave His one and only Son; and the Son willingly went, for the joy set before Him.

I love the above story because it also shows so wisely that we CAN change, by RECEIVING the gift God has offered us, the status He has placed upon us, the robes and crown, the identity.

We CAN fully embrace it and grow deeper into the person His love makes us to be. The Bible is FULL with stories of ordinary people who became new people because of His love!

It’s an amazing invitation and the choice is ours as to how deeply we embrace His love.

One of the goals I personally have for our Choosing Confidence Bible Study Intensive is that each participant sees their value in a richer, more stunning way.

My prayer is that we each are beautified by His love during the course of this study and beyond.

P.S. There is still a place for YOU in our Choosing Confidence study! The Self-paced version of this life-changing study is available right here.