Reading Christian biographies is important because they inspire us to persevere, keep being faithful, and serve God. They leave us with the thought, “If she can do that, I can, too.”

At least that’s what they’ve done for me.

Even more than that however, Christian biographies are a written testimony of God’s grace. When we read about the things He has done for our forefathers, we can’t help but grow in faith, knowing He can do the same for us.

Do you ever feel like the struggles you face are so great, no one could have ever overcome such obstacles before? It’s true that Christians often face hard times and we certainly have burdens. But we can face them with courage, knowing that God will give us strength. Many times I have been encouraged by the story of a Christian who faced seemingly insurmountable odds, yet still did great things for Christ.

Many great Christians had difficult lives. Many of them faced terrible losses and tragedies. But they fought on and served faithfully.

Whether you need to grow your faith, or you need some inspiration for service, you can find encouragement through reading Christian biographies.

Below are 21 encouraging Christian biography books (aff) I believe every Christian needs to read. These stories will inspire you, convict you, and ultimately, point your heart towards our great God!

Brother Yun is a modern day hero. Originally a poor boy from the province of Henan, God used him in such a mighty way, even though he faced much persecution and even imprisonment. He became a great testimony and witness in China, and now around the world. This is a MUST READ!

Through Gates of Splendor by Elisabeth Elliot

In 1956 five young missionaries were killed while trying to establish a relationship with an Indian tribe in Ecuador. Elisabeth Elliot was the wife of one of the missionaries. She writes the story of how she and her husband, Jim, came to the mission, and the events that led up to their death. This book will inspire you to be sold out for Christ!

George Muller and his wife gave up everything in order to open an orphanage in Bristol, England. He never asked anyone for money and trusted God to meet their needs. He witnessed many miracles as God always provided, sometimes at the very last minute possible! This book will challenge your trust in God and stretch your faith in the best of ways.

Richard Wurmband was tortured for his faith for many years. His life is a representation of faith, and how God is near those who suffer for Him. It’s a powerful, and honestly, a painful, reminder that Christians are still being persecuted for their faith today.

A Present Help by Mare Monson

Your faith will be so encouraged when you read this Christian autobiography about Marie Monson, a Norwegian missionary in China. She tells amazing stories of God’s protection when soldiers attacked her village, but spared her life. And after you read her account of being captured by pirates–who listened to her share the Gospel–you’ll know for sure that God is a very present help in trouble. This one woman was a catalyst for revival… but you’ve probably never even heard of her. Powerful.

Dwight Lyman Moody was set on becoming a wealthy businessman, but God had other plans! He used D.L. Moody in many powerful ways, beginning with his Sunday School, and then around the world. He preached many revivals, and saw thousands of souls saved. His ministry even continues today through his books, sermons, schools, and teachings.

George Whitefield lived and preached in a time when many preachers were timid in their sermons. But his fiery preaching started a revival in the British Isles, that eventually led to the Great Awakening in America.

While nothing like George Whitefield, Jonathan Edwards was instrumental in spreading the Great Awakening in America. He is considered by many to be “America’s Greatest Theologian.” His sermon “Sinners in the Hands of An Angry God” helped to start one of the greatest revivals in history.

Oswald Chambers is the author of one of the most popular Christian books of our day, My Utmost for His Highest. Read the story of the remarkable man who began his life in Scotland, but traveled around the world teaching the Bible. He was utterly devoted to God, and his life story is an astounding journey of faith and trust in God’s provision.

The book Pilgrim’s Progress is the second most-printed book after the Bible. But Bunyan’s personal life was wrought with tragedy, including spending twelve years in prison for refusing to obtain a preaching license. His story can inspire today’s Christians as well.

Gladys Alyward left her home in England to serve as a missionary in China. She had very little money and no mission board to support her. But she persevered serving God, and her story will challenge your own faith.

A Chance to Die: The Legacy of  Amy Carmichael by Elisabeth Elliot

Amy Carmichael was an Irish missionary who served fifty-three years in India. She rescued girls who were taken as slaves and used in temple worship. Her life is a model of someone who devotedly gave all she had to the Lord.

The Never Ending Legacy of Lottie Moon, Missionary to China by Julie McDonald

Lottie Moon was called “the most educated woman in the South.” Yet she left all that behind and ultimately gave her life serving in China. Now, her name is used to raise money for worldwide missions.

Joni Erickson Tada is a modern-day example of triumphing over devastating odds. Her life was changed when, as a young girl, she was paralyzed in a diving accident. She has used her disability to share how God reveals His love in our hard times.

The Secret Thoughts of an Unlikely Convert: An English Professor’s Journey Into Christian Faith by Rosaria Butterfield

Rosaria Butterfield was a practicing lesbian and English professor. In her late 30’s she came to Christ and began to learn that any identity apart from Him is sinful. She wrote this book conveying her inner thoughts about the events that led to her conversion.

The ten Boom family owned and operated a watch shop in Holland during the Nazi occupation. They hid Jews in their attic, and were subsequently arrested. Corrie and her sister, Betsy, were in their 50s, but were still sent to a prison camp in Germany. The Hiding Place is a moving account of God’s protection and how good triumphs over evil.

In the Presence of My Enemies by Gracia Brunham

Missionaries Martin and Gracia Burnham were taken captive and held hostage in the Phillippine jungle for a year. They faced near starvation, constant exhaustion, frequent gun battles, coldhearted murder―and intense soul-searching about a God who sometimes seemed to have forgotten them. It’s a true story of faith, love and loss, and God’s mercy through it all.

Any Christian who wants to develop a deeper prayer life can do so by following the example of John Hyde. He was a powerful prayer warrior whose prayers still influence us today.

John Stam and Elizabeth (Betty) Scott traveled to China to serve in Hudson Taylor’s China Inland Mission. They were accused of sedition and killed while they were still young–27 and 28, respectively. Their courage in the face of death is a true testimony of martyrdom in the twentieth century.

For the Glory: The Untold and Inspiring Story of Eric Liddell, Hero of Chariots of Fire by Duncan Hamilton

Eric Liddell is the hero of Chariots of Fire, who refused to run on Sunday in the 1924 Paris Olympics. But he went on to become a missionary in China. He served there until WWII, when he was interned in a Japanese work camp. He continued to serve God and be a faithful witness there until his death. His story continues to inspire millions around the world.

Brother Andrew is a true hero of the faith who worked tirelessly to smuggle God’s Word into closed countries. He prayed for God’ protection, and the result is many miraculous missions carrying the Bible to people who otherwise wouldn’t have it.

Christian Biographies for Children and Teens

Christian Heroes: Then and Now

Get your kids and teens involved in learning about great heroes of the faith with these books! Some titles include:

These great books are also available in box sets.

Lessons in Faith and Service

Reading these Christian autobiographies serves to remind us of the great Christian heritage we have been given. So many of our forefathers have paid the ultimate sacrifice, but God was still faithful with mercy and grace. We can take these lessons and apply them in our own lives today.

What have you learned from Christian biographies? Do you have a favorite? We’d love to hear what you would add or a favorite lesson you’ve learned! Please share in the comments below!

Dinnertime has been called “The Hour That Matters Most” and for good reason. As psychologist and family therapists Les and Leslie Parrott say, “Countless studies have shown…

On Fridays we’ve been looking at the names of God and diving deeper into the character of God with a family activity. This week’s…

Looking for some new ideas for your holiday movie night? These favorites touch deep and last long. So pop some popcorn, make the spiced… 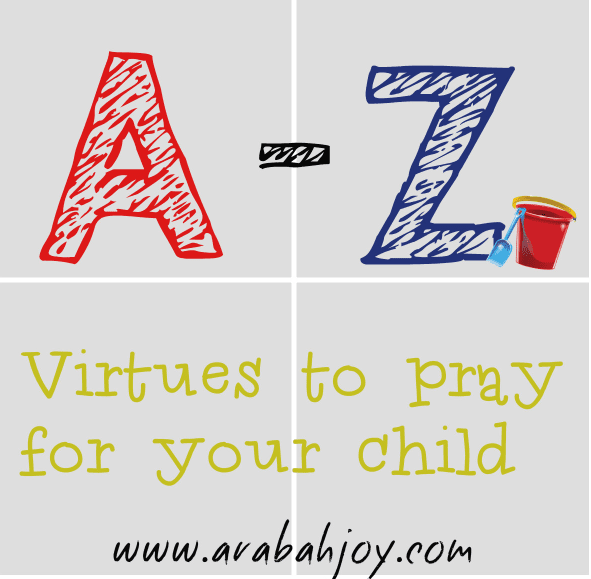 Praying scripture for our children is one of the most powerful things we can do as a parent. Fortunately, it is also one of the…

It’s fall recipe week at #TheLoft! Fall is my favorite time of year~ it’s sort of like an early new year. Change is in the…